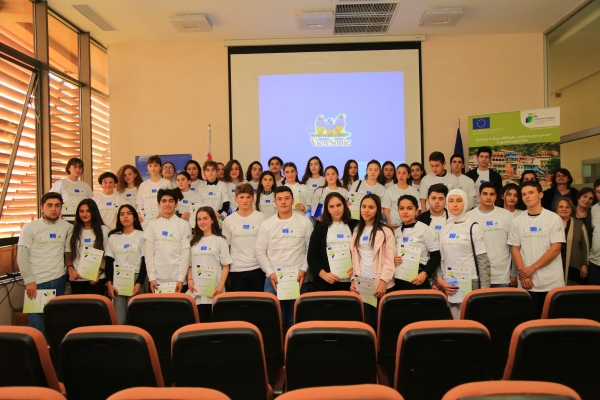 On 3 October 2019 Municipality of Mtskheta organized Sustainable Energy Day within the framework of climate change week.

The day's events included a working meeting on the topic "The Obligations of the Mayors and the NDC Process". The meeting was attended by deputies of the administration of state representative in Mtskheta-Mtianeti – Covenant of Mayors territorial coordinator (CTC), CoM signatory municipalities from Mtskheta-Mtianeti Region, Climate Change Division at Ministry of Environment and Agriculture, Energy Efficiency Center Georgia, Greens Movement of Georgia / Friends of Earth - and Mtskheta municipality public school pupils.

The issues discussed during the meeting included climate change mitigation measures and the role of the NDC in fulfilling obligations under the Covenant of Mayors as well as the role and importance of municipalities and other stakeholders in the process.

After the discussion, a lecture-seminar on “Renewable Energy Technologies as Climate Change Mitigation Measures” was held for the pupils of Mtskheta Municipality public schools. At the end of the meeting the students were awarded with certificates and branded T-shirts.

Sustainable Energy Day and Climate Week was supported by the EU-funded project “Covenant of Mayors East”, the Friends of the Earth of Germany (BUND) and the Federal Ministry of Environment, Nature Conservation and Atomic Energy of the Federal Republic of Germany.