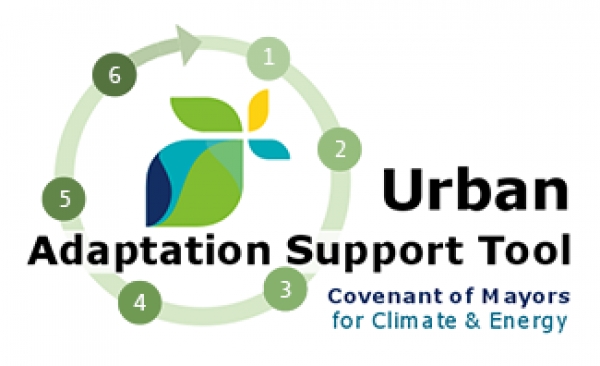 Signatories of the Covenant of Mayors on Climate and Energy pledge to take an integrated approach to mitigation and adaptation to climate change, as well as to facilitate the access of their citizens to sustainable, reliable and affordable energy.

For more information on how to develop a truly integrated approach, and how to ensure the relationship between adaptation and mitigation, read this brief article and this explanation on Climate-ADAPT.

The Mayors Adapt - an initiative of the Covenant of Mayors on Climate Change Adaptation, was created by the European Commission to involve cities in actions aimed at adapting to climate change. Its implementation was launched in 2014 as an adaptation initiative that runs parallel to the Covenant of Mayors aimed at mitigating the effects of climate change. In 2015, the European Commission brought these two initiatives together in order to promote an integrated approach to climate and energy action. Starting from 2017, the adaptation component and, accordingly, the Mayors Adapt initiative have been fully integrated into the Covenant of Mayors on Climate and Energy.

What does adaptation mean for cities?

Climate change will affect all countries and cities, with some regional and local differences. Cities may be particularly vulnerable to extreme weather events, in particular to severe flooding, heat waves or extreme force storms, etc. Many of them have already experienced other effects of climate change, namely the negative impact on health, damage to buildings, disruptions in the supply of electricity and water, disruption to transport, as well as increased energy consumption for heating and cooling, contributing to further climate change and energy bills.

Adaptation to climate change is necessary to increase the resilience of our socio-economic systems to the adverse effects of climate change. Adapting to climate change is the way to make your city safer, healthier, greener and more habitable for citizens and guests. An integrated approach to mitigation and adaptation creates many opportunities. Effective adaptation actions often help to reduce carbon dioxide emissions, primarily by limiting the overall costs of eliminating the consequences, saving natural and human resources, as well as stimulating economic growth.

Definition of Adaptation of the Intergovernmental Panel on Climate Change: Adaptation of natural or anthropogenic systems in response to real or expected climate change, which reduces its own vulnerability and makes use of favorable conditions.

Municipal adaptation strategies set the framework for enhancing resilience of countries to the effects of climate change.

Integrating adaptation into mitigation and planning policies can give mayors and political leaders the opportunity to make their cities more suitable places to live. The destruction of stereotypes in urban development stimulates investment and innovative concepts in sectors such as housing or the creation of public green spaces. Strengthening stakeholder participation provides the basis for successful cooperation between citizens and government bodies, from which further policies may also benefit in the future. By investing in preparedness for the effects of climate change, cities are becoming more attractive, healthier and safer.

What information about adaptation does the Covenant of Mayors provide?

Currently, the Monitoring and Reporting System of the Covenant of Mayors includes a section on climate change adaptation:

The Sustainable Energy and Climate Action Plan (SECAP) template contains an adaptation scale by which cities can make their own assessment of their adaptation status; a template for conducting risk and vulnerability assessments; and a template for developing an integrated action plan, taking into account the impact of climate change in all sectors.

The Covenant of Mayors collects case studies to inspire cities and promote peer learning from colleagues.

The e-learning module on adaptation for cities is available exclusively to the signatories of the Covenant of Mayors. This module provides practical information, case studies and links to other useful information resources.

In addition, the European Commission and the European Agency for Environmental Protection collect technical knowledge in the aspect of adaptation to climate change on the EU Climate-Adapt adaptation and information platform of the EU, providing also a lot of information and tools for city practitioners, for example, a database with more than 2,000 reference materials, adaptation newsletters with city profiles, and the Cities Support Tool in Adaptation, which serves as a step-by-step guide for cities to develop specifically for the integrated Covenant initiative. This tool helps professionals to implement an integrated adaptation policy.