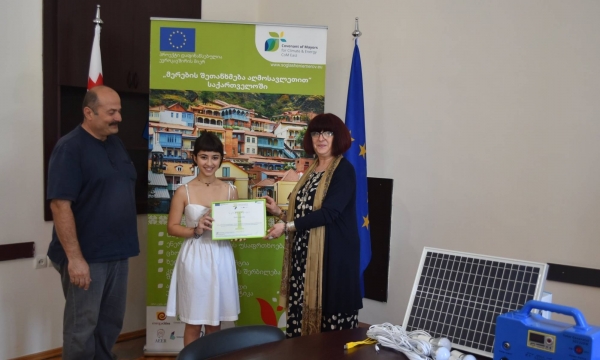 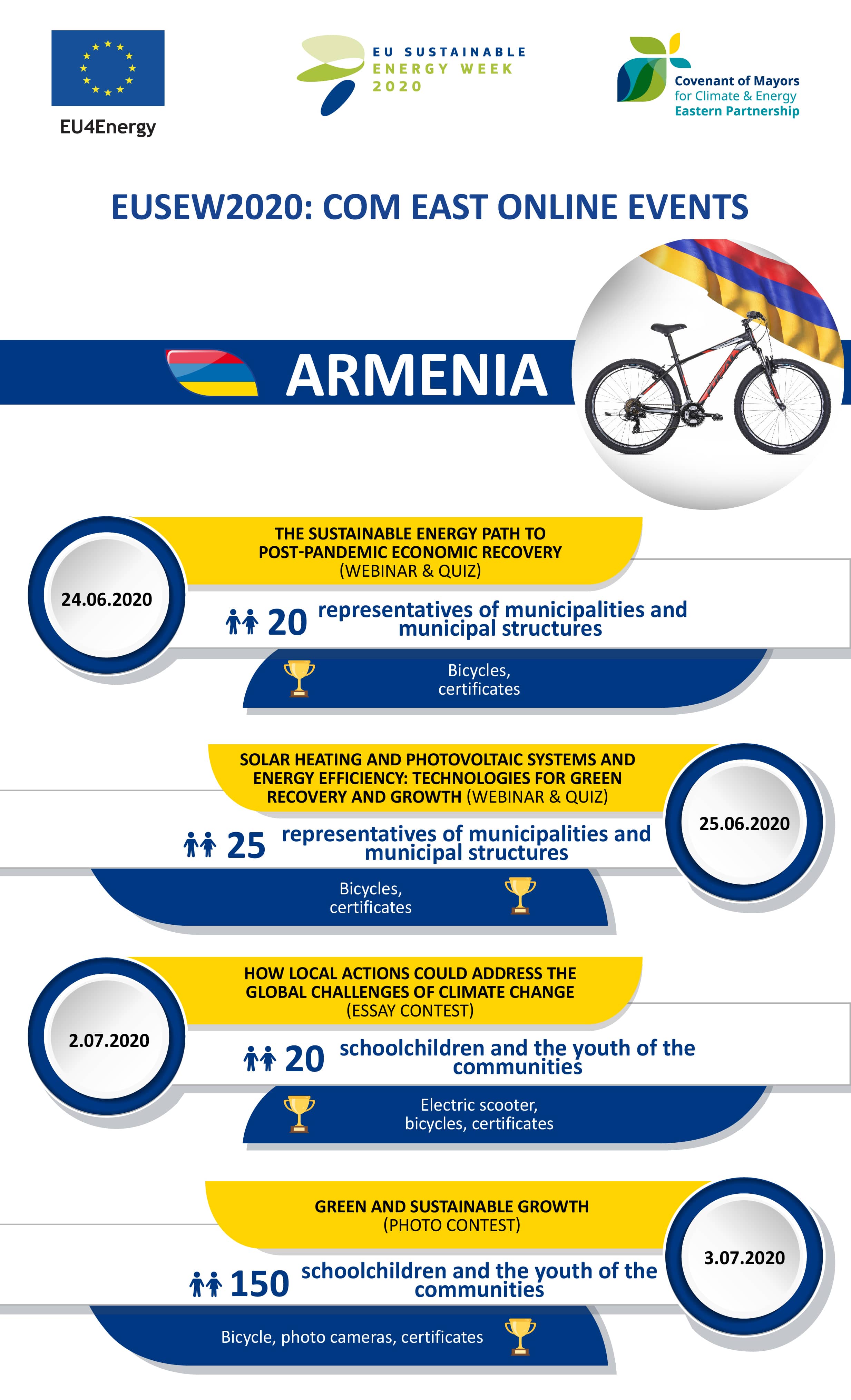 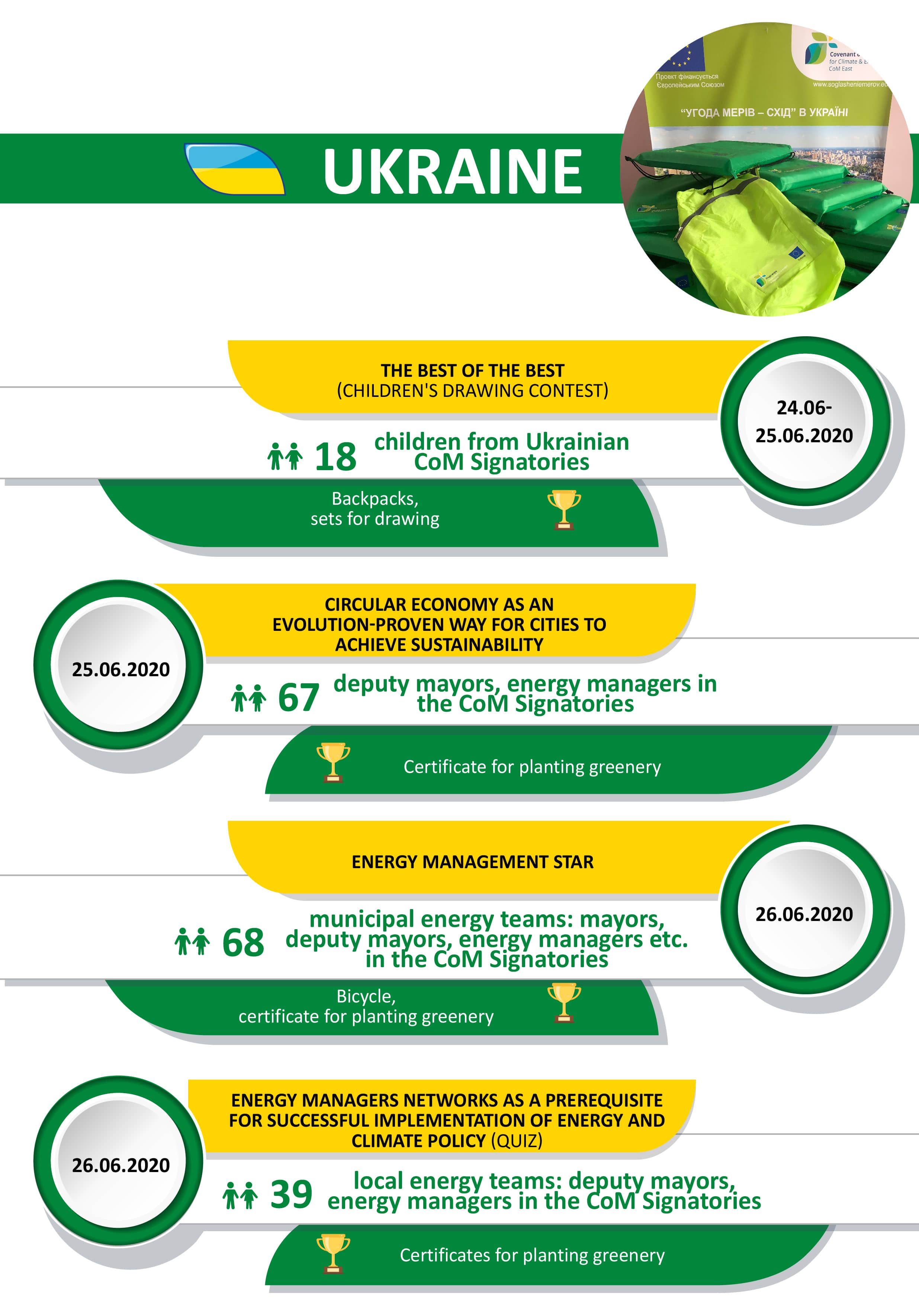 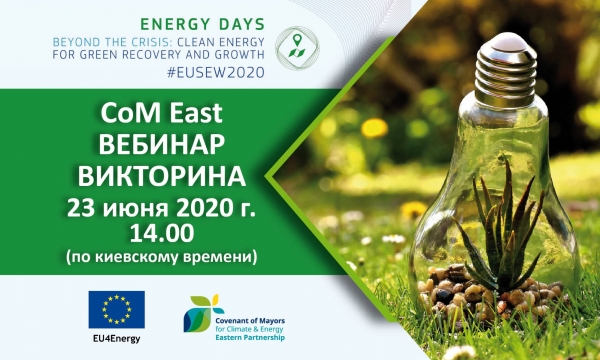 On June 23, a regional webinar for all Eastern Partnership countries dedicated to effective solutions of clean energy projects for green recovery and growth was held by the CoM East team in the framework of #EUSEW2020. Representatives of Signatories from EaP countries learned how Covid-19 affects the implementation of their SECAPs and competed for prizes. 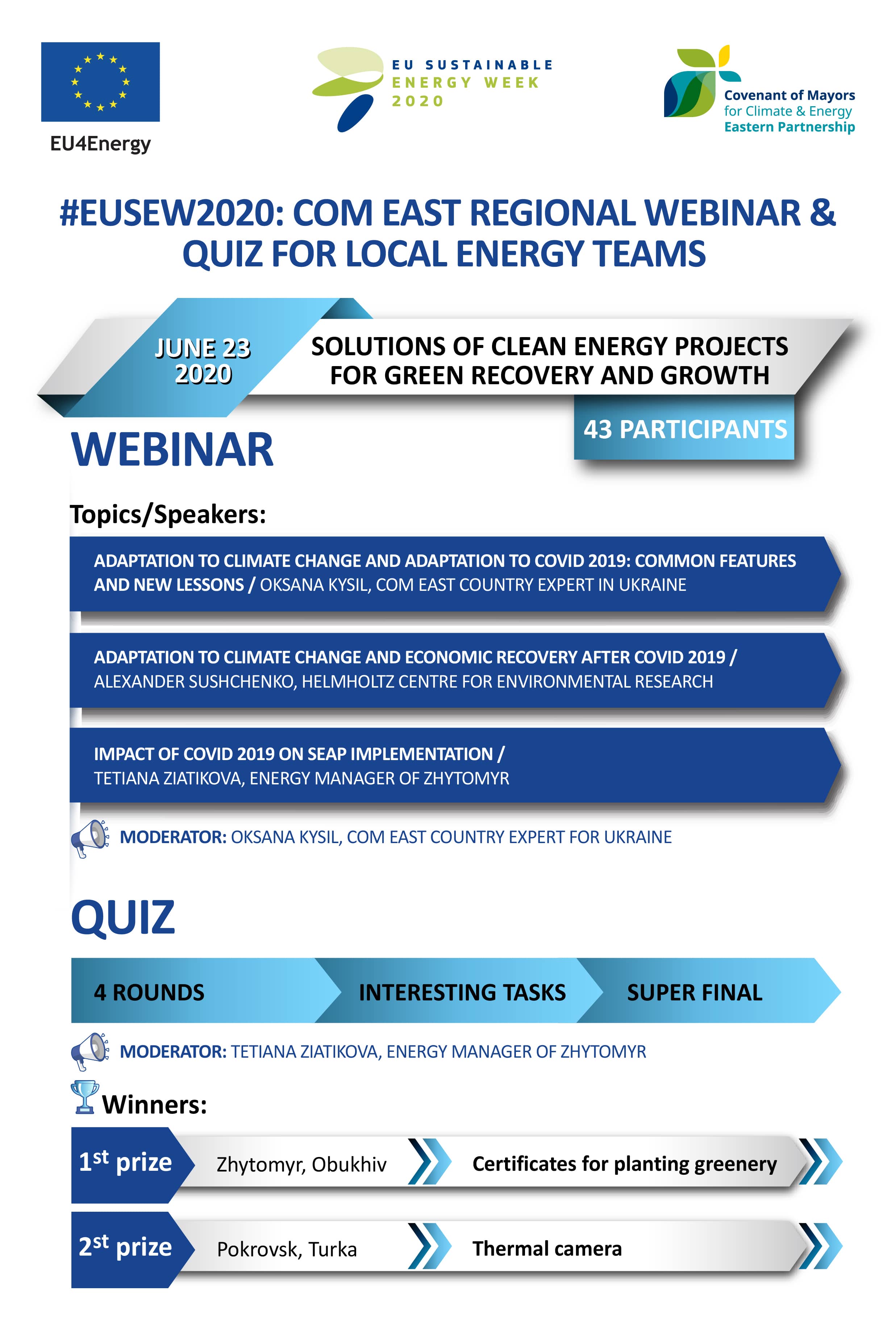 SMALL TALK WITH THE MAYOR 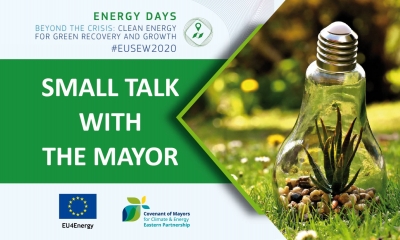 How do the leaders of the Covenant community contribute to sustainable development in the new realia? The flash mob “Small talk with the Mayor” is a series of online meetings of the CoM East Country experts with the representatives of the Covenant Community in the EaP countries. Mayors and Territorial Coordinators from different municipalities share the insights and good practices on leading the clean energy transition and green recovery after the pandemic. 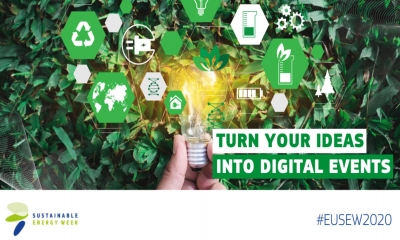 European Sustainable Energy Week 2020 was very special. This year, due to the COVID-19 pandemic worldwide, it was celebrated under the new unexpected conditions in a digital format. The Eastern Partnership countries were actively engaged in various events and activities, demonstrated outstanding creativity and commitment. Totally, 99 virtual Energy Days were organised by the CoM Signatories in the EaP countries. Look at the main figures related to the participation of Armenia, Belarus, Georgia, Moldova and Ukraine in the EUSEW2020. 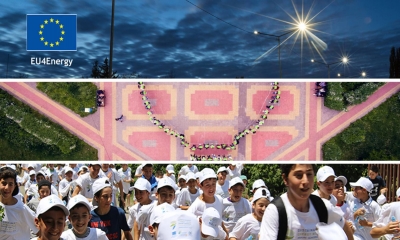 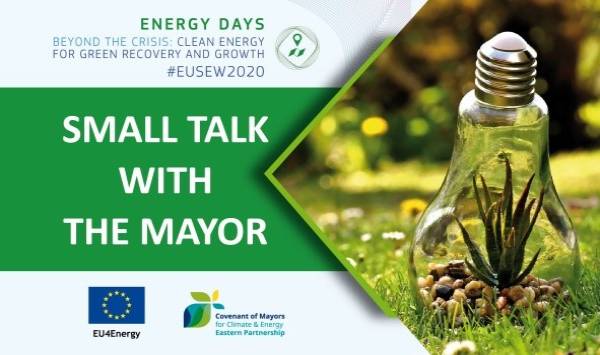 The second EU Sustainable Energy Award for the Eastern Partnership was announced this year as part of the EU Sustainable Energy Week. The winners were selected among six finalists in the EaP region by public vote. Cogratulations to the project “Green Light Moldova – Modernisation and Saving Energy in Street Lighting”!

The winning project from Moldova was launched under the EU-supported Covenant of Mayors Demonstration Projects. The two cities of Ocniţa and Cantemir installed modern, energy efficient street lighting to reduce CO2 emissions by 20% by 2020.

The second place went to the “EU4Civil Society Energy Efficiency in Armenian Communities” project, and the third place was awarded to the “Biomass Energy and Energy Efficient Technologies in Georgia” project. All projects competing in the award were EU-funded initiatives. The EU4Energy Communications project has released three videos about the first, second and third place winners. Visit the EU4Energy video gallery to see their stories as well as other interesting videos.

The EU Sustainable Energy Award for the Eastern Partnership was launched in 2019 and showcases inspiring examples of innovative, local energy efficiency and renewable energy solutions from across the region that benefit both citizens and business alike.

Learn more how the EU supports energy projects in the EaP countries at: www.eu4energy.eu

Published in Новости с Евросайта
Be the first to comment!
Read more...

Written by Raphael Chatelet
Published in Новости с Евросайта
Be the first to comment!
Read more...
Page 1 of 150